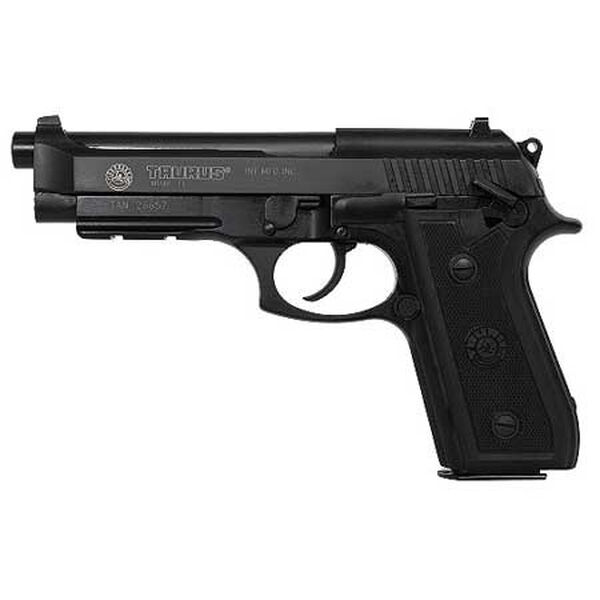 can you add a laser grip?

Asked by: melv
At the time of this posting there is not an aftermarket laser grip available for the Taurus PT 92 Handgun. It does have a front rail so you can mount a laser, or laser/light combo under the barrel.
Answered by: Product Specialist John

Can I replace the standard sights with night sights? If so, would I have Gander Mountain do it or is it easy to do yourself?

Asked by: Sherbud
The rear sight on the Taurus PT 92 can be removed, but it's not an easy task and should only be attempted by a gunsmith or other experienced firearms modifier with the proper tools. Your local Gander Mountain will either have access to the proper tools or ship the firearm to one of our trained gunsmiths in your area.
Answered by: Product Specialist Sam

Asked by: mccue42
No, we do not carry a magazine for the Taurus PT 92 Handgun.
Answered by: Product Specialist Mari

Can a laser sightn be added to the pistol?

Asked by: Anonymous
yes on the bottom rail
Answered by: anonymous

I was wondering if beretta 92/M9 magazines will work in the Taurus PT92. I have an opportunity to purchase a few beretta M9 magazines at an unbelievable price but i'm not sure if they will work in my Taurus. Any help will be greatly appreciated.

Asked by: Greg
yes, but you have to alter them some what. look it up on you tube ...there has got to be a video on it
Answered by: blowhard

what do they include with this from taurus. i know my brother got a case, 2 mags and holster with his springfield xd9. what does taurus give. i am curious. would do fine with a case and maybe a spare magazine.

Asked by: Bill
taurus usually gives two mags and a plastic case and cleaning rod with there guns, and a lifetime warranty. these guns are amazing, based on the beretta m9 ( used as military side arm since mid 80s) taurus bought the factory that bulit these guns for beretta and there tools and blue prints to make the exact smae gun for less however they also made it better with a decocker so you can carry one in the whole hammer down and saftey on. the gun will act as a double action for the first shot then to single for the rest. better gun to me than the xd and a uncle mikes holster is maybe 30 bucks. wotks cheaper that the xd and a better gun
Answered by: raymond oxx